Check the final standings for Lee Nilsen  second time championship for King of the Woods Contest. 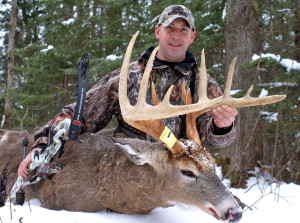 Stealth 72 Volt “Hybrid” Nighthawk- 4×4 ALL ELECTRIC VEHICLE   The Stealth Night Hawk “Hybrid“ is the most innovative multi-functional vehicle ever designed and manufactured in the United States. Our company’s objective was to innovate […]

25th Anniversary OFAH Zone J Youth Campout   Since the 1st annual OFAH Zone J camp in 1988, we have seen almost every corner of our Zone and hosted hundreds of eager youth. Our camp […]