The raffle for you and 19 of your closest friends for a fishing charter (worth $2500) aboard the Taylor Maid with Captain Terry Taylor was drawn around 4pm on Sunday. They specialize in Corporate Fishing Charters right here in Wheatley 519-919-3584. 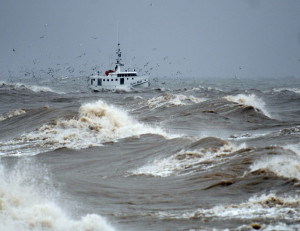 Ok,,,so it won’t be that rough when you go fishing but this ship can take it!

Some winner photos taken during the day