Q.D.M.A. is surveying Deer hunters across the U.S. and Canada.

The majority of the rut is nearly over across much of the whitetail’s range. It doesn’t peak until December, January or even February in some southern regions, but it’s played out for most deer herds. Based on recent discussions with hunters, 2010 has been a strange year with respect to breeding activity for some and “business as usual” for others. 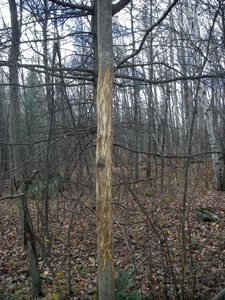 Q.D.M.A. survey will gauge the level of breeding activity you witnessed in the woods this fall. Unfortunately Canadian provinces were not included due to a glitch but feel free to take the survey anyway.

This information for an upcoming Q.D.M.A. Kip’s Korner article and he would really appreciate your help. Please take one minute to answer the four questions in the survey below.

QDMA Whitetail Summit Communications Director Lindsay Thomas Jr. goes over the Summits details and high lights. Discover what deer hunters want to know and learn about deer management, conservation and hunting. How you can become […]