About 97,000 baits containing a rabies vaccine will be distributed in the Niagara region next week.

This is one of the most successful rabies eradication programs in North America. The vaccine will control the spread of rabies in skunks and foxes and help continue to keep Ontario’s raccoons free of rabies. The baits will be distributed during the summer between the Welland Canal and Niagara River, including Navy Island.

Baiting is also being done around the St. Lawrence region and throughout southwestern Ontario.

The flavoured baits immunize most skunks, foxes and raccoons that eat them. Baits are small and khaki green, with a toll-free rabies hotline number stamped on them. If you see baits, please leave them undisturbed.

Ontario raccoons have been free of rabies since September 2005.

Ontario has reduced rabies cases in the province by over 98 per cent since rabies control programs began 20 years ago. 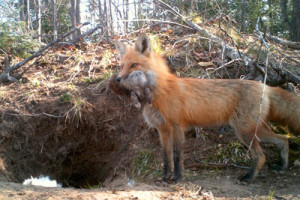 Exposure to a bait is not harmful to people or pets. However, if a person or a pet comes in contact with the vaccine in the bait, contacting a doctor or veterinarian as a precaution is recommended.

For additional information on the rabies program